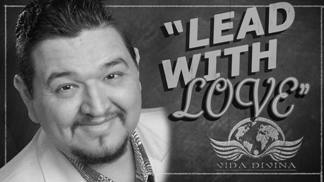 Power is not about how much money you have or make… it's about how many people has your back to make a dream alive!

"There are times where you get to the goal of a lifetime and succeed. You will cherish that moment the rest of your life. I want you to remember GOALS NEVER QUIT ON YOU! but it's crazy how many people always quit on the goals. If I may, can I give you some advice? No matter how crazy your goal is, or how many times you have failed to reach it NEVER GIVE UP or you will never know what you where REALLY born to be." - Armand Puyolt

Armand Puyolt is a legendary network marketing leader, multi-million-dollar earner, expert, and consultant whose goal is to help as many people as possible raise their quality of life and create a better future.

Having experienced severe lack in his childhood, Armand committed himself from an early age to building up his outer resources and inner resourcefulness as an entrepreneur. At a young age, Armand was motivated to help his family and earn money. His family was not wealthy, nor even moderately comfortable: they were poor and times were tough. He started selling candy out of his backpack to the kids at school as a way to help his mom and family. That eventually led him to selling products (sometimes door-to-door) for a network marketing company, and by the age of 16 he was recognized at the company event for being one of the largest sales producers. However, no one had actually explained to Armand what network marketing was; he just knew that he had product to sell, and it was making him money. He was on stage at the annual company event explaining to an audience of his peers how he was able to do so much in sales, when he realized that everyone was looking at him very skeptically regarding his approach… he left the stage not feeling good about his accomplishment, but rather dejected. It was at that event when he met a man who explained network marketing to him. And that was the game changer…

Since that time, Armand has gone on to become one of the most recognized leaders in his company and the profession. He has created a massive team of people who focus on not only selling products, but also building the business effectively. Due to his hard work and the Network Marketing business model, Armand was able to buy his first home at age 18, became a million-dollar earner at age 20, and was a five-million-dollar earner by age 25. At age 40, Armand earns a multi-million-dollar annual income and has been the top earner in his company for several years. He is recognized throughout the Network Marketing profession as a true industry leader.

Even with all of his success, Armand has had to overcome many obstacles, including two serious car accidents, two major health crises, and even terminal illness. His tireless dedication to his family and team helped him beat the odds and fueled his passion to help those in need, and his story is an inspiration.

Armand Puyolt has been featured in Networking Times, the premier magazine of the Network Marketing profession. Armand and his team have also been written about on Ted Nuyten’s popular Business For Home website, and he was recently interviewed by Eric Worre for Network Marketing Pro, having received numerous awards and accolades.

Armand and his wife Esther live in Southern California with their six children between the ages of 12 and 24. Their business and family motto is #leadwithlove.